JMule - is an open source file sharing client written in Java for eDonkey2000 networks. JMule is released under the terms of the GNU General Public License, it is based on Java platform and supports Java SE 6.0 or later. At a more general level this is a project that try to accomplish several goals For now the client has Swing and SWT user interfaces, but more user interfaces will come soon.

JMule is under an active development mostly with open source software. The main IDE is Eclipse with AspectJ plugin that runs on Ubuntu Linux. The source code is stored in a public CVS repository provided by SourceForge.net. The JMule Team releases nightly builds of the client but not on a regular basis. Currently the development priority is focused on Kad and network infrastructure. 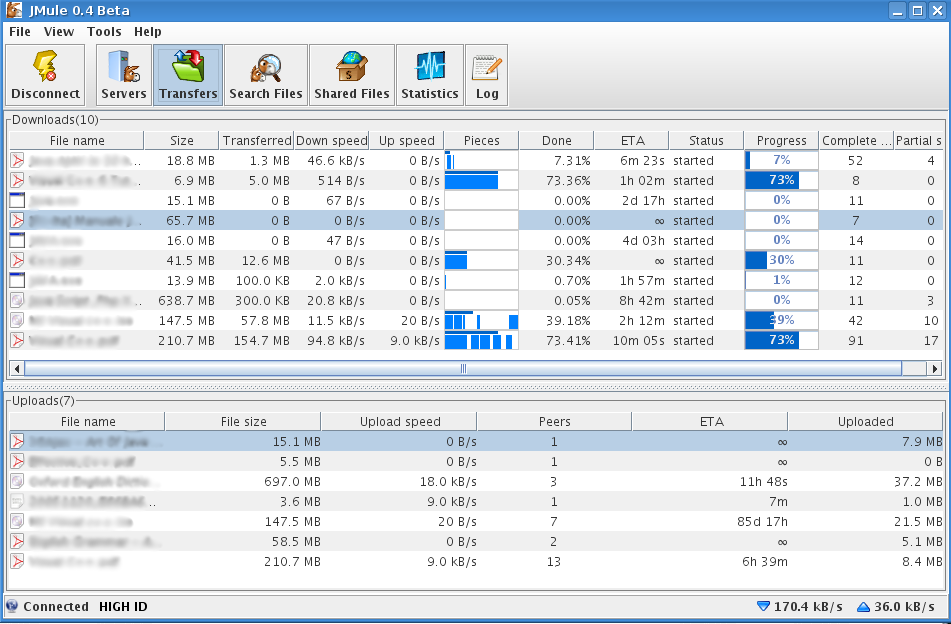